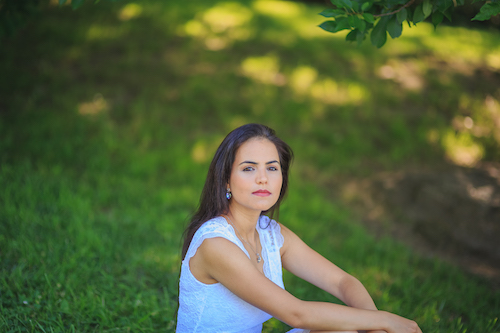 When people say to someone “It’s easier said than done,” they usually mean to say: You make doing it sound so simple and easy, but you don’t know, there are so many factors and complications to my situation, it’s nearly impossible to fix it all in the way you say I can. And by saying this, they actually make it just that, even if it wasn’t really all that they made it out to be.
It’s easier done than said. No, wait uhh, isn’t it the other way around; that it’s easier said than done? Nope, it’s not.

Because when we’re only talking about all the “obvious” action steps that will absolutely lead us to our desired result, without first taking them as they come up and feel right for us in the moment, we’re guaranteed to reach almost totally different outcomes than the ones we would like to achieve. Talking too much before taking the actions first usually creates unnecessary doubts and fears and scenarios in our minds that would probably not even happen.

Because when we talk about things (sometimes talk them to their deaths) without taking any inspired action step first, we’re more likely to reach our “future conclusions” about a reality that hasn’t and probably won’t even happen. By doing this we rule out so many wonderful opportunities that could have presented themselves to us in the process. All we had to do was follow our intuition and allow the natural flow of things to unfold for us and guide us to our next custom-made opportunity.

What happens when you talk first before acting:
* You might automatically rule out things that may have blossomed out of that only “spoken-about” step.
* You might get other people’s unnecessary opinions that will make you feel, “Umm, maybe this actually isn’t such a good idea after-all,” when it could have been, but you never would have known unless you acted on it.
* You might talk about the details that you haven’t yet given the Universe a chance to take care of for you, and then decide whether or not it’s possible for these details to be taken care of too early in the process.
* You might overthink.
* You might create other things you don’t want for yourself.
* You might find “reasons” this may not work for you.
* You disable the natural momentum from taking its course.

What happens when you act first before talking:
* You allow your natural and inspired momentum to prove to you what only you already knew was true for you.
* You have a more focused focus on what you want and your ability to achieve this.
* You feel way better than to have just talked about it, kept it in theory, analyzing and overthinking about the imaginary if’s, how’s and maybe’s.
* You get your answers so much more quickly about whether or not this was a good idea for you and then you can really move forward from there.
* You get clearer faster and you get closer to your goal than if you were to do it the way around.

So we can see that usually taking action first before all the talking about it seems like the better way to go.